Choosing Life: Make Foolish Investments (according to this world)


Hespeler, 29 September, 2019 © Scott McAndless
Jeremiah 32:1-3a, 6-15, Psalm 91:1-6, 14-16, 1 Timothy 6:6-19, Luke 16:19-31
kay, let me see if I’ve got this straight. You, my little nephew, Hanamel, are coming to me with what you call an offer I can’t refuse. “Buy my field,” you say, “it’s a lovely little field at Anathoth. And it is just perfect, uncle,” you say. “The land is good, the birds sing in the bushes and the flowers bloom. It’ll be a wonderful place for you. Maybe you could even build a little house to retire in there. You’ll love it, so why not buy it?”
Hanamel, I thank you for your offer. It is so nice of you. And just think, you came all the way here to see me and make your offer. All the way here to the court of the guard where I am sitting in chains being watched day after day because the king has decided that I am public enemy number one because I dare to challenge him and say to him that maybe he is not so smart to take on the greatest army on the face of the earth.
But let’s not just talk about my present good fortunes. Let’s talk about that greatest army on the face of the earth that I mentioned a moment ago. Did you notice them on the way here, Hanamel, the armies of Nebuchadnezzar King of Babylon – the ones that totally surround the entire city? Yes, the ones with the great big swords and the chariots and archers who have locked up this entire city tighter than a drum. You’ve heard of them, I suppose? They’ve got a bit of a reputation for vanquishing enemies, laying waste to cities and perhaps, most of all, destroying nice little fields with good soil and bushes and tweeting birds in places like Anathoth! 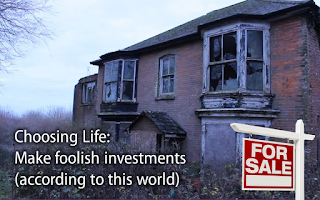 Popular posts from this blog

That'll get you pushed off a ledge 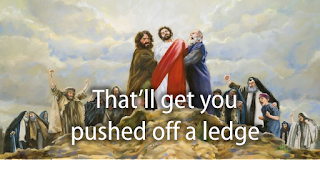 Hespeler, 27 January, 2019 © Scott McAndless Nehemiah 8:1-3, 5-6, 8-10; Psalm 44:1-26; Luke 4:14-21 I n the Gospel of Mark, there is a story of Jesus’ visit to his own hometown of Nazareth. Jesus, who has already established himself in other places throughout Galilee, goes home and he speaks in the local village gathering or synagogue. But the people in Nazareth reject him saying, “Is not this the carpenter, the son of Mary and brother of James and Joses and Judas and Simon, and are not his sisters here with us?” (Mark 6:3) Their reaction seems to indicate that they think they know Jesus too well and so are not willing to accept the authority that he is claiming for himself.       What we don’t get in Mark, however, is an actual account of what Jesus said to inspire such offense. For that you need to turn to this morning’s reading from the Gospel of Luke. And what you find there is a little bit surprising. You see, I know, having read the Gospel of Mark, that the people in Nazareth are go…
Read more 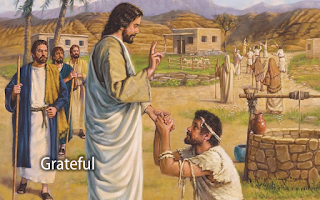 Hespeler, 13 October, 2019 © Scott McAndless – Thanksgiving Jeremiah 29:1-7, Psalm 66, 2 Timothy 2:8-15, Luke 17:11-19 I n 2016, a young man named Colin Kaepernick, who had, up until that point, enjoyed a fantastic career in the American National Football League, made a fateful choice. Having led his team, the 49rs, to contend in one Superbowl, he was (even if his playing in subsequent seasons hadn’t taken them quite so far) on the top of his game and he could have continued to look forward to a strong and very prosperous career. But Colin, an African American, was very upset and moved by some of the systematic problems faced by those who looked like him – the higher incarceration rates of black offenders who broke the law at the same rate as people of other races and a rash of incidents in which unarmed black men had faced unjustifiable and often deadly violence at the hands of police. Kaepernick’s life was good and he enjoyed many privileges but he felt that he had to make some public s…
Read more 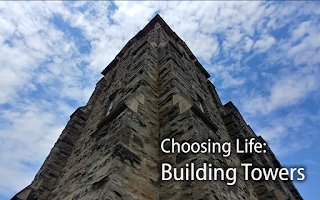 Hespeler, 8 September, 2019 © Scott McAndless Deuteronomy 30:15-20, Psalm 1, Philemon 1:1-21, Luke 14:25-33 I n our reading this morning from the Book of Deuteronomy, Moses is speaking to the people of Israel as they prepare to enter into the Promised Land and he lays before them a stark choice. “I call heaven and earth to witness against you today,” he says, “that I have set before you life and death, blessings and curses. Choose life so that you and your descendants may live.” And I know how people sometimes read that verse. It comes, after all, in the context of the law that Moses has just reviewed with the people – the Ten Commandments and all of the other requirements that God has placed on them. In that context, this verse can certainly come across as a threat. “Listen, deez are all the tings I want youse to do and you better do dem and do dem good or you’ll find yourself wearing cement overshoes and sleeping with the fishes if you know what I mean.” It might make God seem like a ty…
Read more